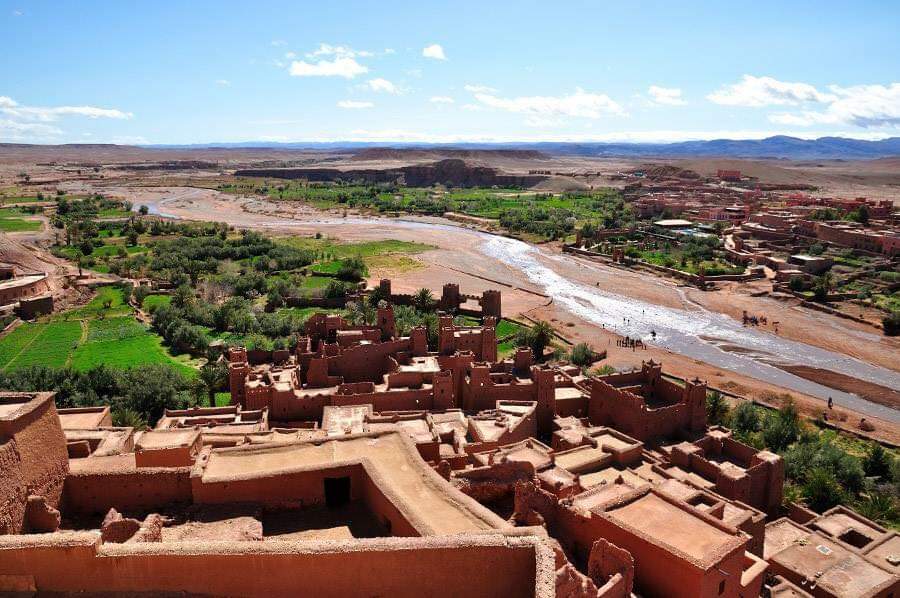 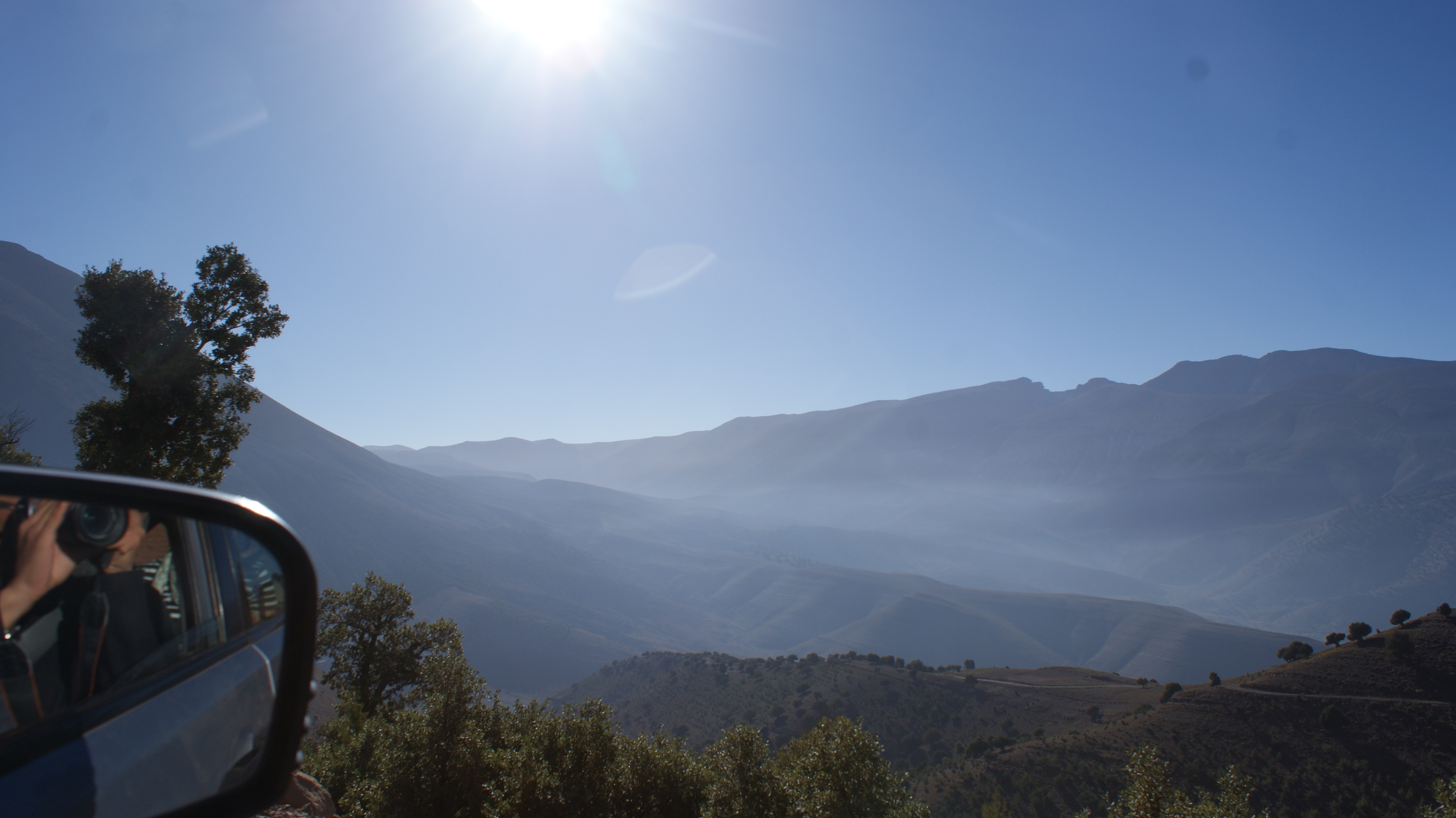 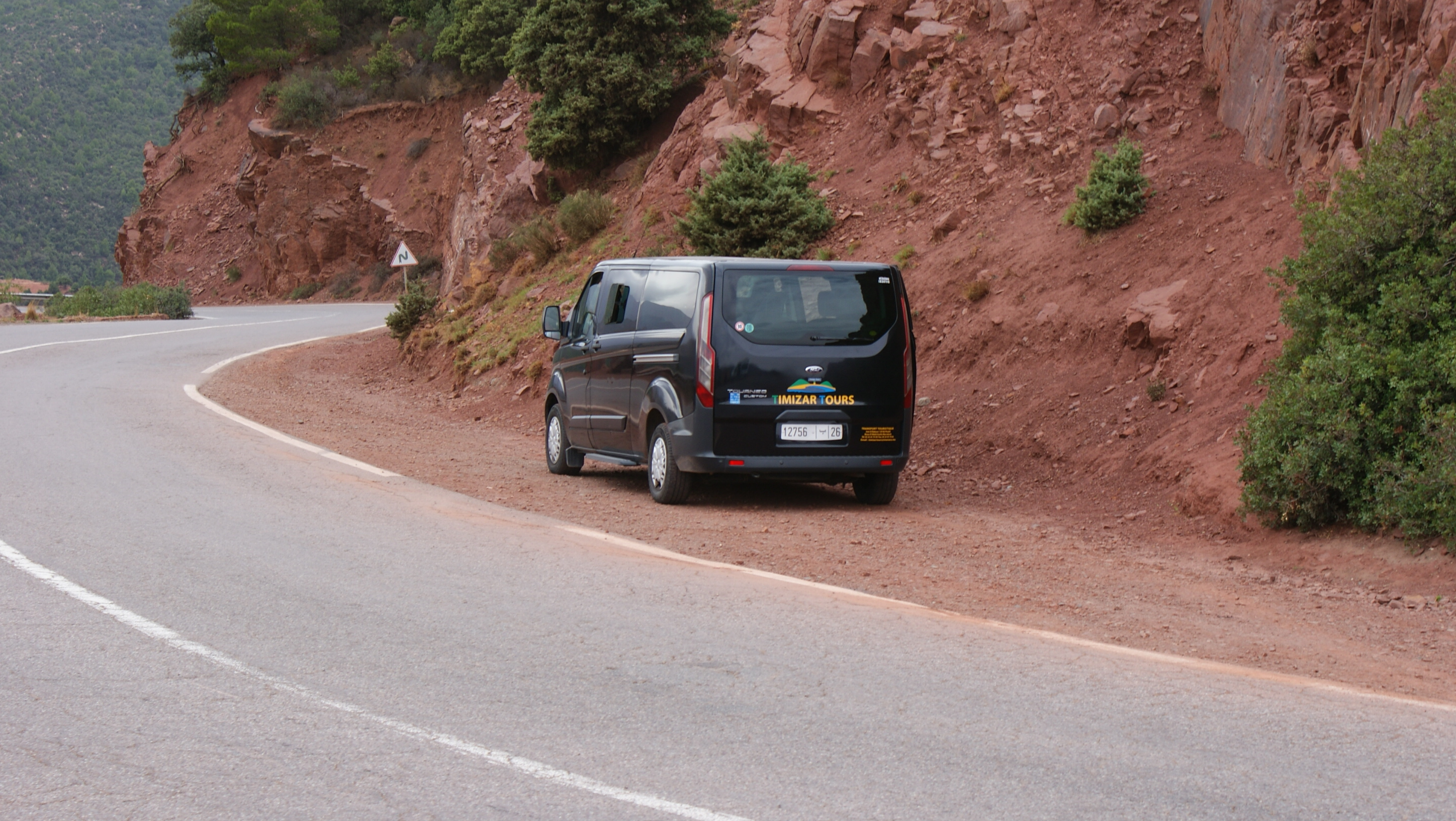 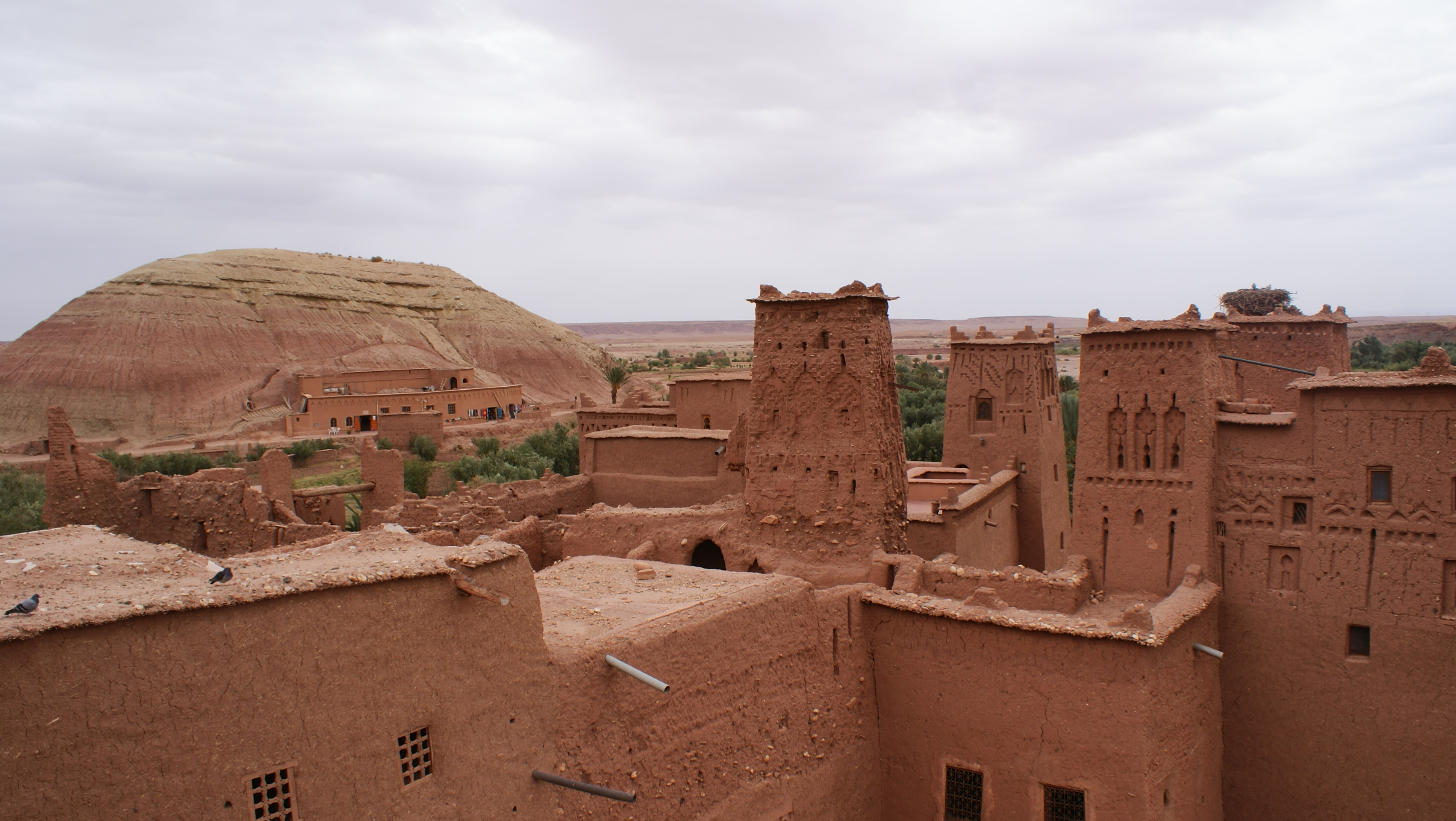 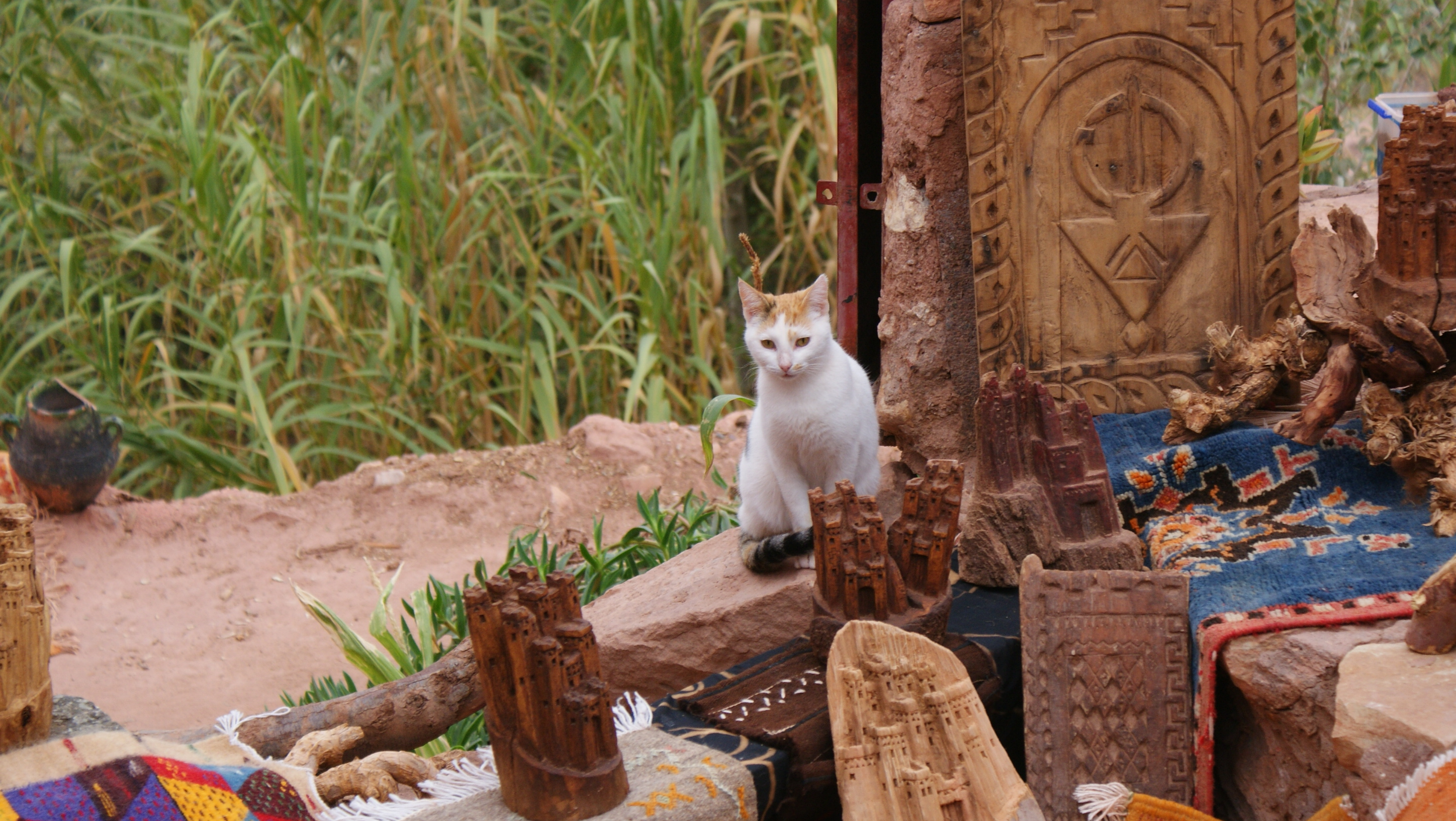 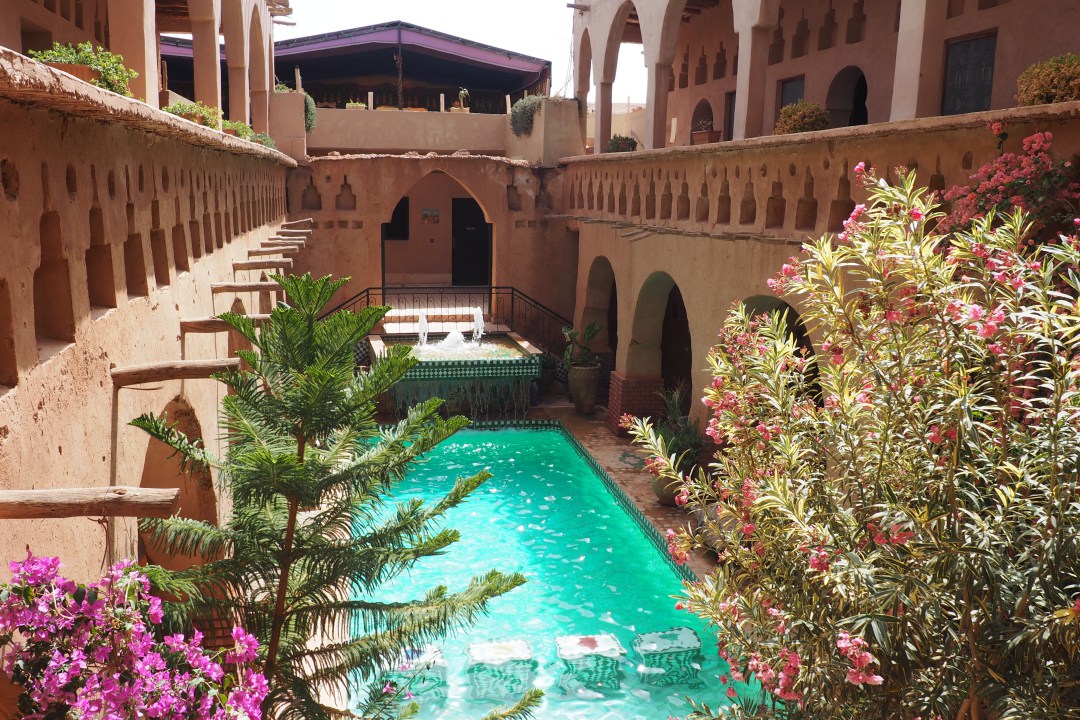 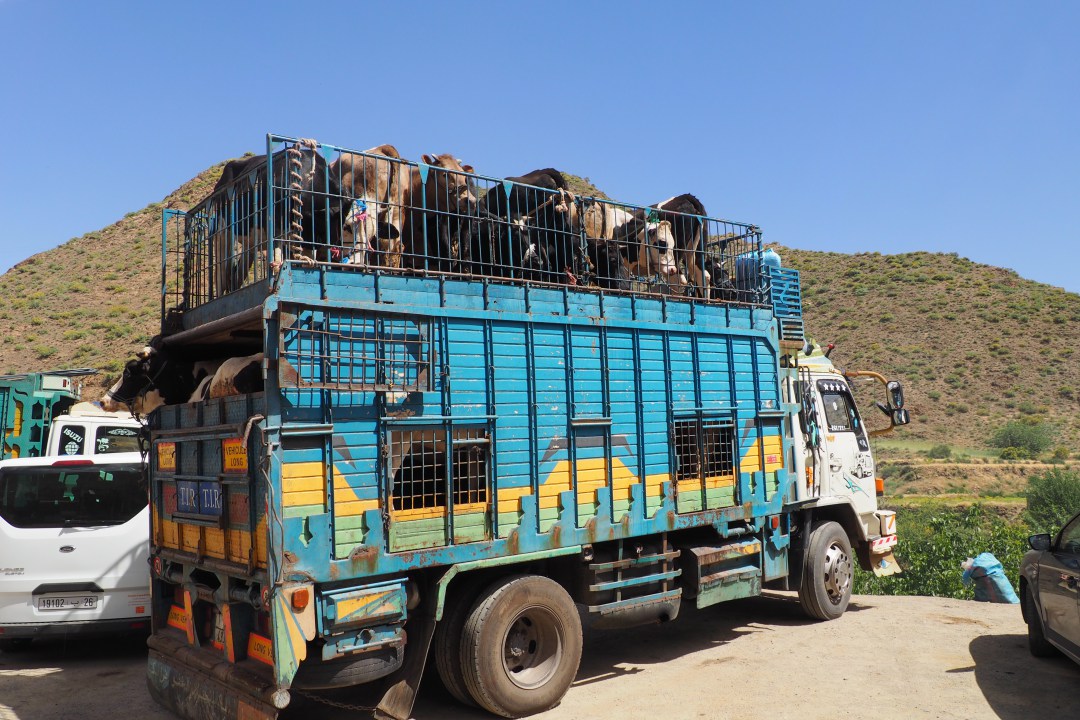 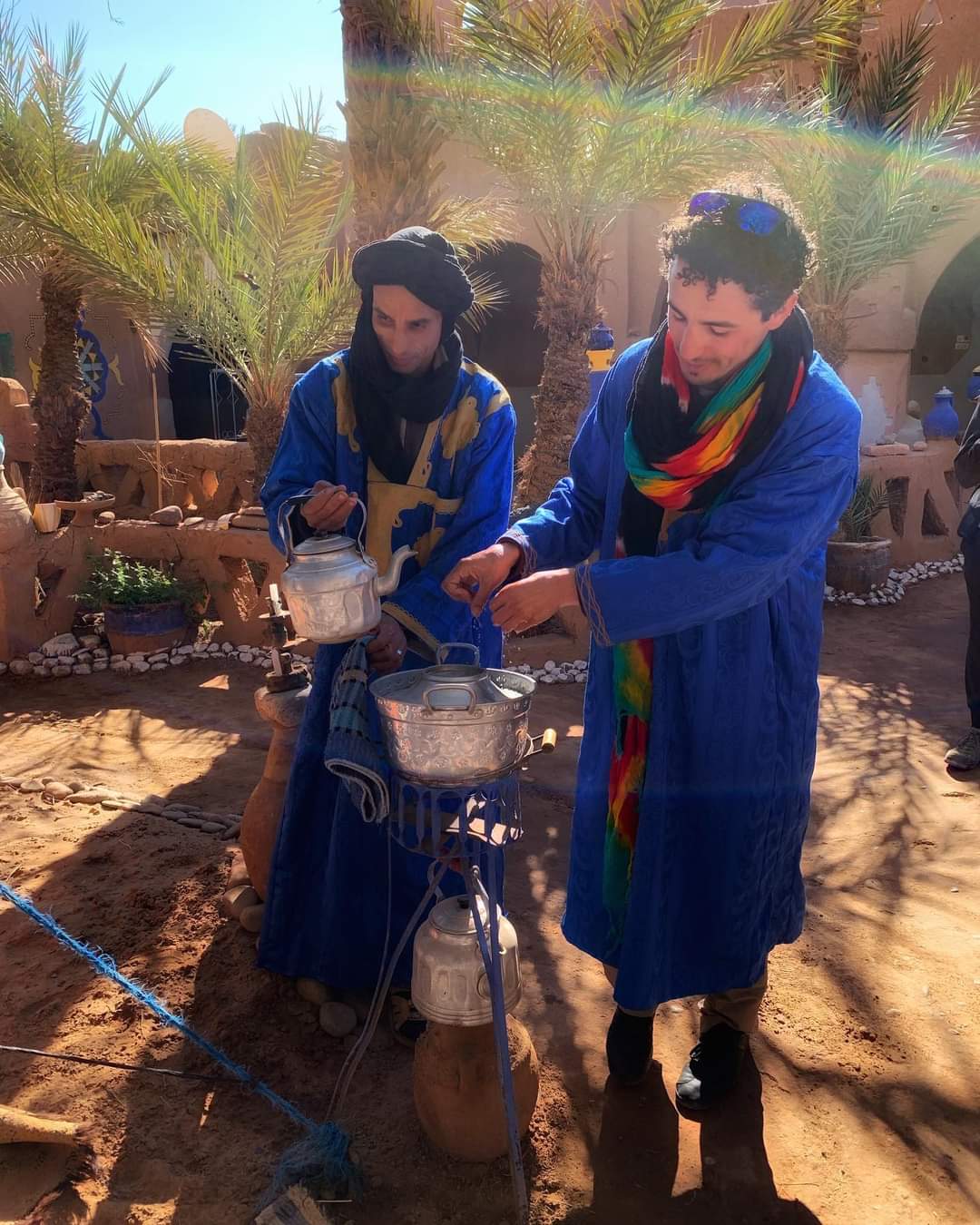 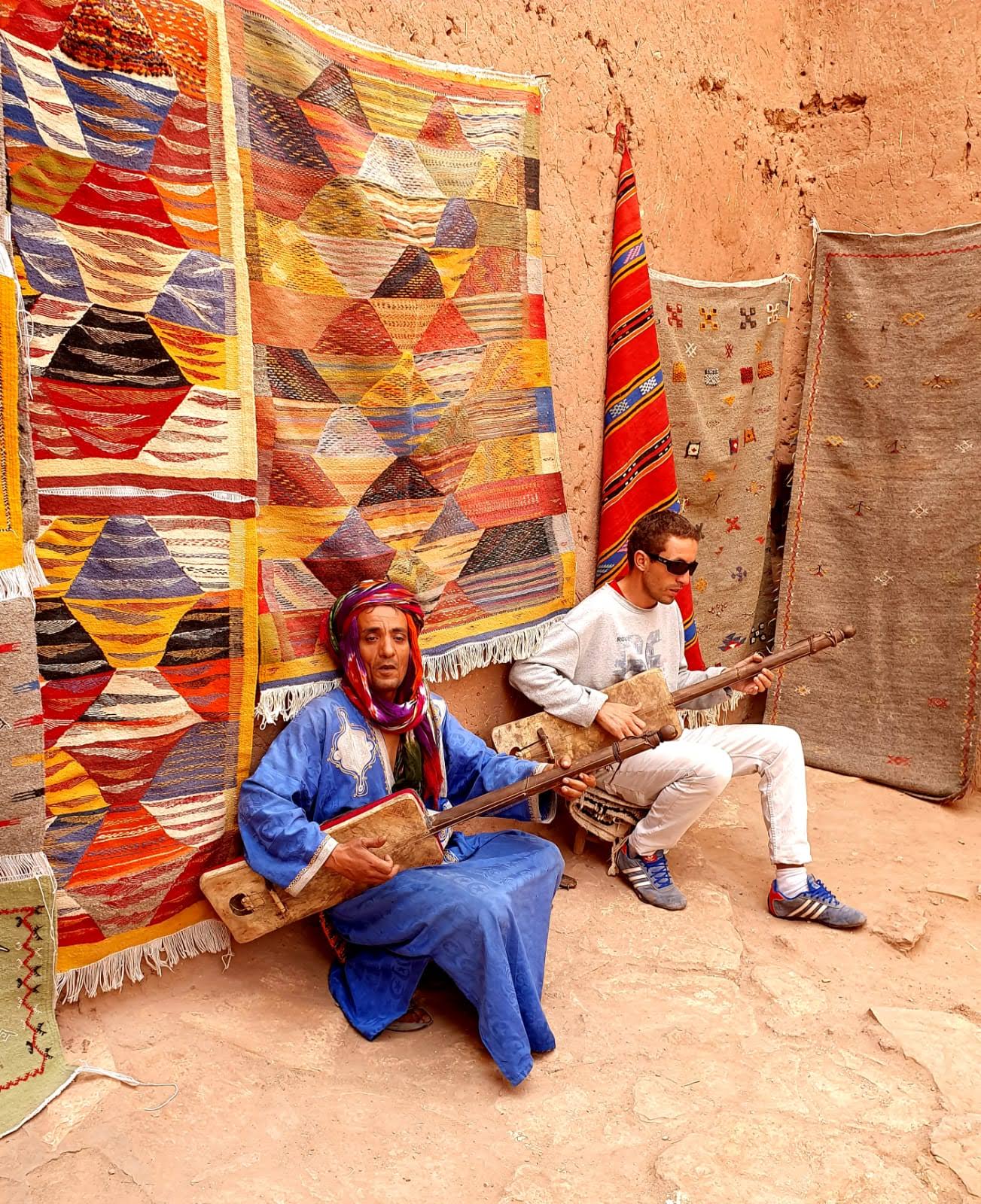 The 4x4 trip will take you via mountain passes, beautiful valleys, oases of the nomads, desert plateaux, dunes of all sizes and shifting shapes, ancient cities, stunning gorges, Draa, Chegaga and the epic High Atlas Mountains themselves.

Travelling Morocco by 4x4 will afford you a different travelling experience than on foot, mountain bike, mule or camel. It is possible to cover greater distances in a shorter timescale, but without diminishing the wonders of the Moroccan countryside.

The 4x4 trip will take you via mountain passes, beautiful valleys, oases of the nomads, desert plateaux, dunes of all sizes and shifting shapes, ancient cities, stunning gorges, Draa, Chegaga and the epic High Atlas Mountains themselves.Along the way, you will rise to thousands of meters above sea level, experience the 'Moroccan Hollywood' (Aït Benhaddou, where Lawrence of Arabia was filmed), see the huge dunes at Erg Chebbi, stop at the Kasbah of Amerhidl (immortalised on the 50 Dirham note) and drive past numerous desert palmeries.All of the treks listed can be changed, extended or shortened to meet your requirements and they can start on any day to suit your needs. A one day 4x4 trek is also possible. Contact Us for more details.

An early start will take you through the countryside and Moroccan landmarks before an overnight stay in Ouarzazate. Through Glaoua countryside, you will tackle hairpin bends before heading into the Western High Atlas and Aït OurirTaddert at 1650m. After Aït Ourir Taddert, you’ll get to the peak of the Tizin'Tichka (2260m) and from there you can survey Jbel Toubkal - at 4167m the highest peak in North Africa, M'Goun, the second highest (4071m), Jbel Siroua(3304m), the Plains of Jbilit and Tidili and a glimpse of distant Ouarzazate.

When you’ve taken in the dramatic vistas and a look at your destination,you’ll descend from Tizi to the Assif Telouèt where you can enjoy a visit to the Glaoui Kasbah, an earthen-red construction, with iron window grilles, finely carved ceilings, an interior of labyrinthine passage ways and crumbling fromexposure throughout. Ancient Berber leaders are reputed to have said of the Berber lands: ‘to last a long while, our homes and castles must have a good hat and good boots’.

After your visit, you can picnic by a spring before continuing on to the Assif Ounila Valley. When you reach the magnificent Kasbah of Aït Ben Haddou,now declared a World Heritage Site, you and your group can stop and take in the surrounding kasbahs, so closely-knit that they appear to be but one complete building, backed up against the looming mountain in a stretch of unforgiving Hammad (Arabic for a landscape of rocky plains).

Sometimes known as the ‘Hollywood of Morocco’ Aït Ben Haddou itself is used often for films and has appeared in over 20 so far, including ‘Lawrence Of Arabia’. One of the more spectacular sights in the Atlas ranges, set upon a rock above a reed-strewn Assif, it appears to command the area for miles around. This kasbah controlled the route to Marrakech until the French blasted a road through the Tizi n'Tichka in the late 1920s. The thick, high, sheer,elaborately decorated pisé walls, stepped-up housing, turreted, crenellated ramparts, balustrades and arched 'babs' are a sight not to be missed.

From here you continue south to Ouarzazate where you can have dinner and spend the night in a hotel. If you feel up to it, you can take a stroll around the town, which was inhabited by the French Foreign Legion in the 1930’s and still shows some signs of their time there.

After your breakfast around the pool, you’ll be driven to Taourirt, a 100year old kasbah to visit its complex set of courtyards and maze of richly decorated rooms, alleyways and crenellated towers before setting off into the east. In this direction, you will find the Valley of a Thousand Kasbahs and the stunning Dades Gorge, the harshest and wildest of the southern valleys,peppered with palmeries.

You and the group will eventually find yourselves at the amazing Kasbah of Amerhidl (currently printed on 50 Dirham banknote), before you depart from there for a break for lunch, a picnic at an auberge restaurant in the Skoura Oasis. The oasis is as beautiful as you can imagine, with red earth, yellow sand, blue-green waters, green vegetation and a brilliant blue sky.

After lunch, you continue along the Valley of the Roses, as it is known, through El Klâa des Mgouna, (Citadel of the Mgouna Tribe) where thousands of small,pink roses, first planted by French settlers, grow and are used to make the essence ‘Eau de Rose’ (rosewater), much prized by the Berber people. After continuing on up to the fortified ksour (village) of Aït Youl, tucked up against the stony slopes with its associated palmerie, you’ll find yourself at Aït Youl, for dinner and your hotel.

Day 4 of your adventure includes a break from the 4x4’s and a chance to stretch your legs as you travel ‘off the beaten track’, from the Dades Gorge tothe Todra Gorge across the High and Middle Atlas. This is a hike that not manypeople have made, as it is remote, but the two Gorges offer some of the most beautiful scenery in the region.

After a Moroccan breakfast, you and your guides will set out on a 45 minute drive through some pretty ksours at Aït Arbi, past a region known by the local Berber people as the ‘Hills of a Thousand Bodies’. Don’t worry though – the name refers not to whole bodies, or to any sort of danger, but to the fact that the rocks there look like human feet.

You’ll climb over a little Tizi to Aït Oufi where the red cliffs of the gorge narrow quite dramatically as you drive through a small canyon and zigzagging bends to even narrower gap to reach Taghia n' Dadès. Eventually you will come to Msemrir, which rests at a height of 1700m.

From Msemrir, you’ll hike eastward for about 5-6 hours along the Tizguin'Ouadda Valley before rejoining your 4x4 at the end of Todra Gorge. The walk along the gorge will include a picnic amidst the rocks and crags, the natural habitat of the golden eagle, rock thrushes, bulbuls, wheat ear and, importantly for the eagles, ground squirrels.

When you return to your vehicles, you’ll drive for some 1½ hours along a geological fault, a giant crack rent in the earth. In the deep evening, this gigantic fissure appears to be coloured in bands of pinks, reds and purples,whilst the ruins of half-forgotten kasbahs and ksours are visible all around.

As you continue down this valley of red-ochre and pink-grey cliffs, yourride will be quite bumpy and take you past more geological features to the Source Des Poissons Sacrées - a pool where the Berber womenfolk come to bathe (seeking a cure for sterility) - and to the palmeries of the Oued Todra and the main village of Tinerhir. Here, you will find your hotel and a place to eat and rest.

After breakfast, you’ll head out east, through palmeries, hills, oases andthe Tinejdad Valley (the area inhabited by the fiercely independent andwarrior-like Aït Atta tribe) until you reach the palmerie at El Jorf. En routeyou’ll come across parallel lines of strange, conical humps, which are fact,man-made entries to old underground irrigation channels. You will also see Berber cemeteries; piles of pointed stones organized into long fields thatpreserve the deceased from the attentions of desert creatures.

From El Jorf the journey continues to sandblasted Erfoud, a Berber village at the end of the Assif Ziz Valley before entering the desert hammada via stone and sand pebble tracks. Here, you can stop for a picnic with camel owners and breeders, before setting off for a hike into the stunning, timeless high dunes of Erg Chebbi.

From Erg Chebbi, you’ll head to a palmerie near the centre of Merzouga,where you will spend the night in nomadic tents and bivouacs. To get there though, you will need to complete a hike through a sunset to take your breath away. The sky will melt from yellow into purple before becoming a deep black,pin-pricked with countless desert stars: Nature’s light show without a sound.

After a typical Touareg breakfast, you will set out northwards to the quietvillage of Rissani. You’ll stop to visit the Zaouia of Moulay Ali Cherif (the original stronghold of the Alaouite) and the 19th century Ksar Akhbar, agrandiose ruin which was once a palace for exiled rebellious family members and for the wives of the dead sultans.

Day 7 will take you from Zagora to Marrakech. You’ll travel northwards through the Draa Valley, to the blood-red village of Agdz (you can stop for a visit to the kasbah here and have a picnic) before arriving back in Marrakech.

The last day is yours to spend as you please. If you would like to visit more of the High Atlas region, do not hesitate to contact us for more details.

This trek has no confirmed dates. Please make an enquiry to arrange a booking.

This 4x4 tour runs from November until May.